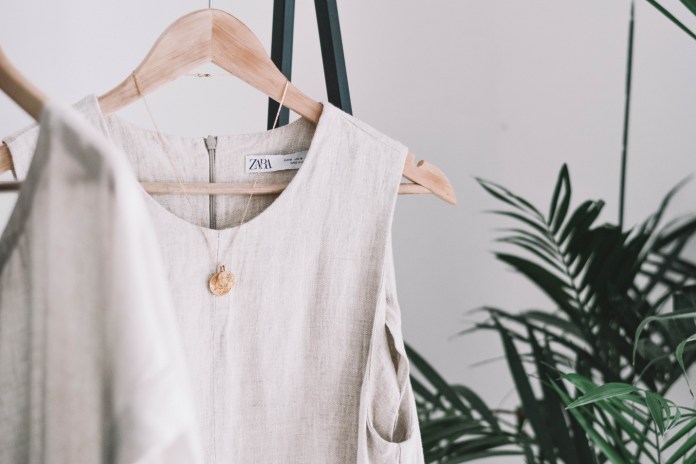 In this era, to be “out of fashion” is indeed to be out of the world. Why so? Well, we already know the reason. Fashion, which is as old as time and as new as tomorrow, is one of the most powerful forces in our life. It influences every sector of our lifestyle. So, to understand the living, breathing and evolving transformation in fashion industry is a need of the hour!

Although the Fashion Industry is considered to be the most glamorous and dynamic fields in the world, it is also difficult, demanding and unpredictable.

Despite the enchanting interplay of creativity, business hype and marketing wit, everything comes down to the bottom line if the fashion companies can’t get profit up to the mark.

In recent years, the fashion industries have undergone dramatic restructuring. The industry does not resemble the one that existed 20 years ago.

Just as fashion products change, the industry itself keep revolving. However, we have seen fashion retailers competing with each other to provide newly fashion trends revealed by fashion shows and runways.

Here are some factors which are driving the transformation in fashion industry:

Prior to the mid 1980s , success in the fashion industry was dependent on low cost mass production of standard designs that did not change often due to the design restrictions of the factories. Evidently, consumers during that time were less conscious of style and fashion and mostly preferred basic apparel or wearings.

Fashion garments began to be mass produced towards the mid-20th century. People began to have more choices of garments as the bulk of production increased.

At the end of the 20th century, fashion awareness among people raised on the top, and they began to choose comfy as well as stylish clothes for themselves, instead of counting on the trends prevailing in the market.

Fast fashion is a very known term that has allowed anyone to dress following the latest trends whether he or she has the least of fashion sense.

Spending a little amount but dressing in a different way has become the norm for most people in the last two decades, and that is the reason driving the success of the “fast fashion” trend.

Customers love to see various products or designs every month and this has led to an increase in the demand for new fashion collections over a smaller span of time. And so, to be profitable in the industry, apparel retailers need to take the ‘speed to market’ approach to make profit on fashion that is not in the stores of their competitors.

By emerging small collections of merchandise, fashion retailers encourage consumers to visit their stores more frequently with the idea of ‘Here Today, Gone Tomorrow’. And it surely indicates a shorter life cycle of a particular design or a garment.

There was a time previously when the creation of garments required much time and skill, whereas today they are realised within a matter of minutes.

However, today is a combination of all techniques to have been practiced until now. Such as, some designers love to work with the very ancient spindle techniques for their woven styles, but might use a 3D printer for their footwear or ornaments.

The development of technology gives designers a wide choice of techniques to use and it arises constant opportunities. Moreover-

The assembling of ancient and modern techniques depicts that designers can choose the most sustainable options, and drive the evolution of fashion towards sustainability.

Today’s digital world is more and more interconnected with our fashion industry. Digital platforms are becoming prevalent in the fashion market. Every now and then we can see many new brands are emerging with the development of e-commerce, which allows companies to engage consumers through virtual reality.

The adoption and popularity of e-commerce have manifested that being digital is the only way forward. As consumers build on their impulses, fashion platforms need to up their game to personalize their offerings to the varied tastes and build predictability within their boundaries, to better purchase experiences.

Customization of a particular attire brings the transformation in fashion industry

Consumers have become more squeamish and more demanding during the last few years. It builds a high expectation for quality products among the consumers. They choose fashion items according to their values and their personal style. To cope up with the expectations, fashion companies have to understand how to offer product that customers will perceive as unique. Many fashion companies have followed this trend by enlightening their product portfolio and becoming more and more “multi-style brands”.

Sometimes the company has to think about what is the difference that makes the product of a brand incomparable for both customers and competitors. A wrong choice can instantly destroy the brand reputation, thus they have to be very careful with the selection.

The fashion industry is one of innovation, vision and diversity. And of course, we do not need a reminder of this, but in the fast pace of life, it can be easy to get caught in the rapid movement of our works with all the deadlines and trends. We need to juggle with our innovative ideas, customer feedback and our internal communications as well as to create beautiful and sustainable garments as quickly as possible, following the brand’s image and values.

You can also read another of our premium content on Fashion in the 21st century!

If you are interested in architecture and fashion, you can also read Architecture Fabric: The New Use of Textiles as A Building Material

From childhood, we dreamt to be invisible like Harry Potter with a magical cloak. But with modern technology & science is that really possible? Let’s check out its origin, adaptation & current scientific updates.

The invisible cloak is mainly adapted from mythologic terms. It’s mainly a fictional theme which is mainly found in Welsh, German & in some cases probably in Greek myths. According to these myths using certain special cloaks, people can become invisible. However, these myths are mainly found through folklore & storytelling as there is no actual evidence of the existence of these kinds of fabric or cloak before.

Ancient myths still inspire our art, culture, fashion & entertainment. The invisible cloak inspired a lot of things in the modern era or pre-modern era. A lot of fictional novels are based on these kinds of stuff. In the modern-day several movies & series adapted these mythological terms. Cloaks of Invisibility also existed in Harry Potter series by J.K. Rowling. The Hobbit series also adapted idea like invisible/magic cloak. The most interesting fact is most of the audience appreciated these mythological terms in entertainment & novel culture. However, getting inspired by fantasy, humans are now trying to create such stuff using modern technology & science.

There is been a lot of work happening related to cloaking devices since 2006. Two scientists from Duke University made it possible to render an object invisible for the first time. The cloak was made of “Metamaterial”. It’s generally not found in natural materials. (Although the concept of Metamaterial started in 1967). That special cloak routed microwaves in such a way that makes our eyes emerge as if there is nothing or the object is invisible. However, the research continued more & scientists from Berkeley Lab & University of California added a new dimension to it. They believed that cloaking at optical frequencies is quite possible. At the beginning of 2011, they announced a new cloaking system that was effective in visible lights and can hide macroscopic objects. Natural birefringence of calcite was used in it. When we look at something, we identify its colour because it absorbs all the colour except for the colour that is associated with that object. The wavelength bounces of that object and goes into our eyes which is processed by our brain. So, to deceive our vision an invisibility cloak would have to stop reflecting light back from objects to our eye. By making the wavelengths of light avoid the objects one can do that. Similarly, some cloaking technology can divert wavelengths of light around the edges of an object instead of deflecting them back to our eyes. By this, our brain thinks absent of a certain object. The new cloak created by the University of California doesn’t curve light waves around the object, but reflects and diverts a malformed version of those wavelengths, and thus makes the object undetectable. They used a close-fitting “metasurface” which is made of a light-thin insulator material flecked with gold rectangles that absorb and then emit light waves in a way that eyes can’t identify. The material’s thickness is less than a micrometre as a result it can be wrapped around objects like skin. However, the latest cloaks advantage is that it can cover objects with neat sharp edges, which was proven highly challenging with cloaks in the past.

Problems that Scientists are facing

To create invisible cloaks scientists are facing a lot of problems. One of them is the high dispersive nature of these materials. Besides light passing through them sometimes gets partially absorbed. There is also some issue with movement. The movement of objects may create a problem with invisibility.

Although perfect cloaking is still impossible scientists are trying for its advancement throughout new compound or metal. detectors like microphones, radar or waves and sources such as loudspeakers can still identify object hidden with the latest cloaking tech. But scientists also expect to make perfect cloaking if a particular formula is used to calculate the signals to be fed to the sources. Currently, scientists are working with the metasurface concept in this technology.

Stealth Aircraft by the United States. Courtesy: Image by WikiImages from Pixabay

Although invisible cloaking’s core idea came from myths and fantasy it may be a useful and game-changing revolution for the world, especially in military tactics. Soldiers can disguise themselves with such kind of cloaks during the war. Even probably a whole bunch of arms, camps can be hidden using such technologies. Countries like the United States already working to manufacture stealth aircraft & it has been reported that the British army has also tested something like “Invisible tank”. However, researchers are excited about this new surface as It could eventually open doors to new exciting applications.

As you seem to be both tech savvy and fashionista, you will enjoy our premium article on Textile in space: Flying up to reach the stars!